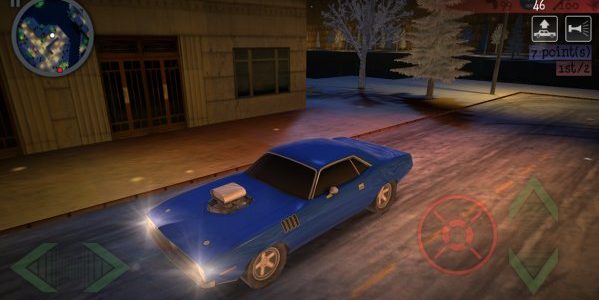 These games let you do anything. It’s the latest revolution in gaming, and now its available on mobile devices. Interact with the game world like you would interact with the real world. The rules are the same. Here’s insightful information about open world games for Android smartphones.

The beginning of this game is set in a rural area with farm houses and wooden fences. In the distance, there’s a city filled with tall, modern buildings. There’s roads, cars, and pedestrians. If you get hurt while exploring, the game will restart at the local hospital. There’s a garage to fix the car. The time of day changes as you play; the color of the sky changes.

The environment is destructible. Fences, light poles, traffic lights, and pedestrians can be run over. The car gets damaged and explodes. You can fight other people with weapons. There are ramps for launching cars, and you can drive off-road.

The radio in the car works. You can change the station. The camera perspective is customizable as well. There’s a map displaying the car’s location and other points of interest

What’s good about this game? The wide open cityscape is impressive. You can purchase guns cheaply, and use it to destroy cars and kill people.
What’s wrong with this game? There’s a lot of ads. You can disable the ads for $0.99. The graphics are low-quality.

This is a crazy, open-world game. The game takes place in a city with traffic, pedestrians, parks, payphones, bridges, trees, and light poles. The cars are destructible. Several weapons are available including guns, rockets, and flamethrowers.   There are several modes, including a multiplayer mode. The story mode has several missions. There are a few levels that are very good and fun to play.

What’s good about this game? It can play music stored on the smartphone during games. Explosions are designed well. In certain locations, cars and trucks drive realistically into you; it’s shocking.
What’s wrong with this game? The graphics are bad.

There’s cool car chases and gunfights through the city. It’s an open world environment. Walk on streets, and explore the city and surrounding regions. Buy weapons and cars, or carjack other vehicles. The radio in the vehicles play music and talkshows. The radio stations can be changed. The gun works while driving – tap the shoot button.

What’s good about this game? It’s open-world. The time and environmental conditions change. You have the ability to purchase property and swim in the river.
What’s wrong with this game? In some locations in the game, the background objects suddenly appear as you explore the area.