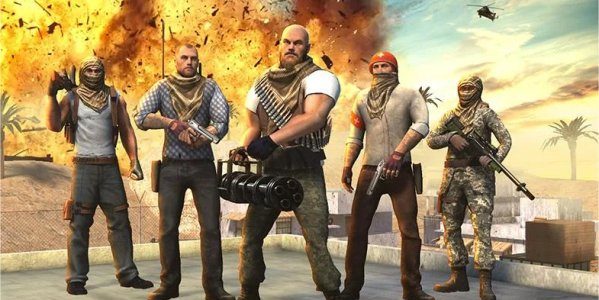 Go slowly through the following games. If you don’t, there’s a high probability that you will get caught and die. There are several stealth action games for smartphones in the Google Play Store. Check out the scores and highlights in these reviews.

This game takes place in a prison. The goal is to sneak around without getting caught by guards. There’s surveillance cameras and locked doors. The missions must be completed before the timer expires.

The locks are well-designed, but get tiresome. Instead of picking it, buy the key. It’s also recommended to change the perspective of the camera so that the character matches the map and waypoint. Otherwise it is confusing to play. To do this, swipe the screen several times, or drag your finger across the length of the screen once.

What’s good about this game? The mood of this game is perfect. It can be played repeatedly.
What’s wrong with this game? The map doesn’t correlate with the direction of the player and the camera.

This is a sniping game. Each mission contains a new scenario. There are enemies in a city. The goal is to kill them before they spot you. Mark the enemies with a spotter to make them stand out. This makes it easier to hit the target.

There are informative cards that describe the mission. A very brief introduction sets the mood nicely. Drag the screen side to side to aim at the soldier. Slide the zoom scale up to zoom-in. Up to 4x magnification or more is available. The kill shot sequence becomes repetitive with each mission.

What’s good about this game? This game takes a stylish approach to sniping in a warzone.
What’s wrong with this game? The enemies will shout wildly if you wait too long.

This game is mission-based. The goal is to capture a treasure chest that is guarded by cowboys in the wild west. You are armed with a revolver and dynamite. Use the joystick to move in any direction, and drag the screen to change the perspective.

What’s good about this game? The music, terrain, and characters are designed well enough to reflect the historical wild American west.
What’s wrong with this game? Besides having too many ads, it’s not easy to control the FPS perspective during gun battles.