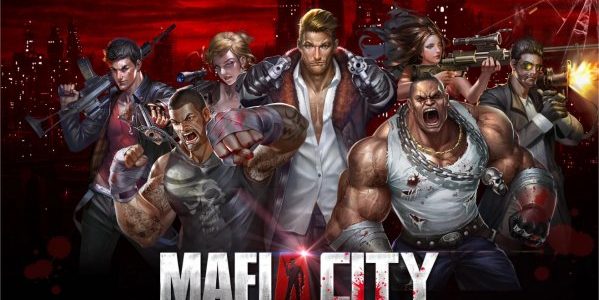 The gangster world is out there somewhere. Bring it to a smartphone with the following games. You can play them without being initiated into a digital game world ruled by gangs. However, some of the games might be too real and force you to uninstall the game. Check out the scores and highlights for each game.

In a town run by the mob, a MMA fight is fixed, but the fighter that is scheduled to lose, wins anyway. Now he’s running for his life, avoiding hitmen and cops.

There’s cool car chases and gunfights through the city. It’s an open world environment. Walk on streets and explore the city and surrounding regions. Buy weapons and cars, or carjack other vehicles. The radio in the vehicles play music and talkshows. The radio stations can be changed. The gun works while driving – tap the shoot button.

What’s good about this game? It’s open-world. The time and environmental conditions change. You have the ability to purchase property.
What’s wrong with this game? In some locations in the game, the background objects suddenly appear as you explore the area.

This is a multi-player, online game where each player builds their own mafia-styled estate. Strengthen it and add defenders. To do this, train bikers, build counterfeiters, and upgrade the mansion. Then, spy on rival gangs and attack. You can join a clan or create one. There are jobs to complete. The goal is to maintain power and fend off rival gangs and cops.

This game takes place in a fictional world where gangsters thrive. There are several places to visit including Liberty City, Metropolis, Vegas, Uptown, Private Island, the Slum District, Chinatown, and San Andreas. You can visit a sewer and a place called The Zone. These places are accessible via the train station.

There are lots of missions. Use a baseball bat and a car to complete the missions. Go to the waypoint, which is displayed on the map and in the game environment.