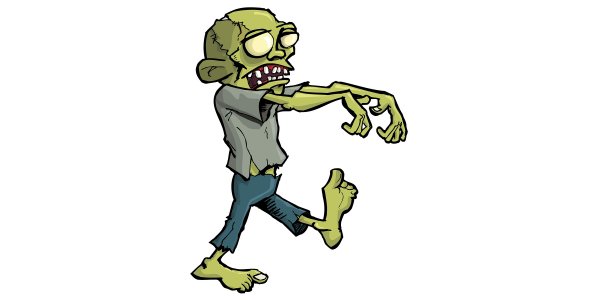 There’s a horde of zombies invading the Google Play Store. Download a few games and start blasting away on your smartphone. Some of the games are impressive. Check out the scores in this review.

This is a zombie survival game. The goal is to stay alive until the level ends. Kill the zombies with rifles and grenades. There are lots of levels with different gameplay.

In one level, the player is situated on top of a parked humvee at an intersection in the city. The player is armed with a rifle, and the perspective is first-person view. Zombies approach the humvee from two directions. Aim and fire to kill the zombies. Pan the left side of the screen to look in each direction. Press the icons to perform an action.

Another level features a speeding humvee. There’s an accelerator button that increases the speed of the humvee. If zombies jump on the humvee, crash it into other vehicles or shoot them with the gun by tapping the screen. This level utilizes the accelerometer for tilt motion control. Tilt the phone side to side to steer.

What’s good about this game? There are different types of zombie scenarios, which keeps the game interesting.
What’s wrong with this game? Reloading isn’t designed well. It’s too slow.

This zombie game takes place on rooftops. Scan the town for zombies and kill them before they harm innocent people. Shoot the zombies with a sniper rifle or an assault rifle. Radar is available in some levels; it highlights zombies, civilians, and cash.

The kill sequences are impressive, especially for the assault rifle. It displays multiple bullets traveling and hitting the zombie.

What’s good about this game? The mood is set perfectly with loud speakers announcing warnings through the zombie-infested town. Also, there are well-designed scenarios that involve zombies chasing humans.
What’s wrong with this game? The player has to wait for weapon trials. This mode is unlocked after a certain amount of missions are completed.

In this zombie game, the player is lead from one area to another. As waves of zombies approach, shoot them. There’s a shoot button, a grenade button, a zoom-in button, and a reload button. Pan the left side of the screen to look around and aim.

There’s a team management area where you can select characters and equip them with weapons. There are several levels in each chapter. Each level is designed well.

What’s good about this game? In a battle, it is possible to switch characters to gain an advantage.
What’s wrong with this game? There’s an overbearing narrator that announces kills as the player repels zombies.