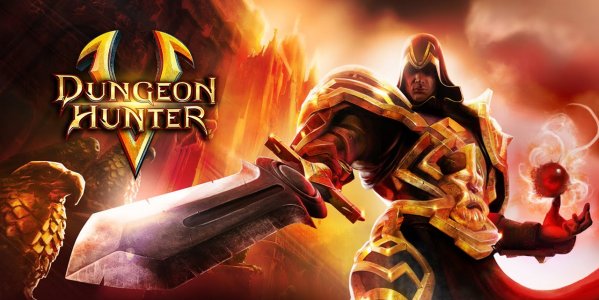 The Google Play Store is filled with great games. I’ve reviewed a few of them here. Check out the scores and insightful commentary. There’s also a list of features at the end.

This is an over-the-head, 3rd person action RPG that is set in an ancient world. There’s castles, knights, and maidens. You play a bounty hunter armed with two swords. Battle through levels filled with the undead, bandits, and mythological creatures. It’s action-packed, but there’s also a lot of crafting and assigning of weapons and gear. There are on-screen buttons for attacking and moving; they are easy to use. The game flows well, and the environment is filled with destructible structures, traps, and treasure chests.

What’s good about this game? It has a relaxing menu screen that is immersive. You can check all the features easily. Calming music plays in the background.

What’s wrong with this game? Items obtained after each mission are displayed on the character in the inventory screen. This should be skipped. Also, this game requires repeated tapping to defeat enemies, and allies might be assigned automatically.

This is a first-person survival game. It involves running across a field filled with zombies. Move the character left and right to avoid getting caught. Shoot the zombies with a gun or throw grenades. The goal is to make it to the end of the field. The character runs automatically.

What’s good about this game? It creates a mood perfectly with immersive sound and survival gameplay.

What’s wrong with this game? It ends each lost run with a capture sequence that becomes repetitive and unwatchable.

This is a mobile version of the popular board game chess. It is better than most of the chess games in the Google Play Store. This version is a 2D game, which plays much better than the 3D versions of chess. This 2D version is also designed well; the user interface is arranged perfectly, and it’s easy to play. If you are stuck, tap the hint button to get suggestions for the next move.

What’s good about this game? It displays locations that are available for each piece, when it is selected.

What’s wrong with this game? In two-player mode, the pieces are flipped upside down after each move. Also, there’s too many ads.