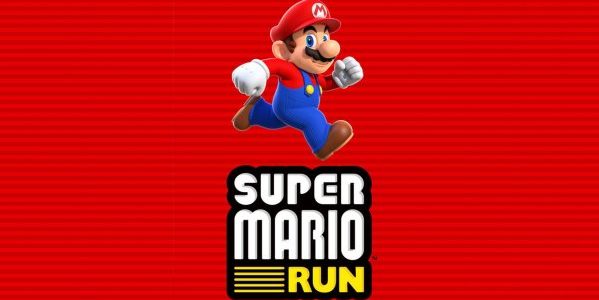 March is almost over, but developers continue to add new games to the Google Play Store. One of the most popular video games in history is now available on smartphones. There’s also a game based on a popular TV show. In total, there are five Android games in this list.

This version of Super Mario Bros. is a side-scrolling, auto-runner. The character runs on its own and jumps automatically. When large obstacles appear, the player takes over and taps the screen to jump higher. The goal is to jump over large expanses, break bricks, collect coins, and collect mushrooms. There’s a flag pole at the end of the level.

This is a fighting game in the world of Power Rangers. There are several fighting moves that you can use during a match including shoulder tackle, perfect spiral, and roaring tiger. You can also request assistance from another power ranger. Defend yourself with the block icon and swipe leftward to jump backwards.

In this game, you have to drive through a zombie-infested city in a pick-up truck. Swerve side to side and use a vehicle-mounted machine gun to fend of attacking zombies. If any of them jump onto the truck, drive close to an obstacles to knock them off. There are arrow icons on the screen to steer the truck.

What’s good about this game? Well-designed gameplay – driving through city fending off zombies
What’s wrong with this game? Nothing

The goal in this game is to connect four cells with the same number. The result of these numbers is the next digit that needs to be matched. Place all those numbers together. There are several game modes, and the rules are slightly different for each one The interface in the Block Lock Mode is different than others; it requires dragging instead of tapping.’In the Cloud’ Mode has symbols instead of numbers.

What’s good about this game? It’s challenging to match numbers.
What’s wrong with this game? Randomly appearing numbers and symbols

This is a challenging game that requires the player to constantly jump and turn corners. Tap the screen when these points arrive. Sometimes, you have to tap the screen twice to cross an obstacle. Watch out for spikes and large gaps in this zig-zagging, suspended road. A giant block is falling down the cliff behind you as well.

What’s good about this game? It’s challenging to play.
What’s wrong with this game? The corners are too sharp, and the pace is too fast.

The best game is… Zombie Squad. This game is fun to play, and the controls are easy to use. One of the best parts of this game is zombies jumping on the truck. If you have the right type of booster, you can electrocute them. If you complete all the missions, try Endless Mode. The goal is to drive through the town as long as you can.