HelidroiD 3D is a simple yet challenging game where you need to pilot your helicopter from point A to point B. The game reminds me of Toy Store. Yes that seems kind of random but it the music and graphics remind me of Andy’s room. LOL 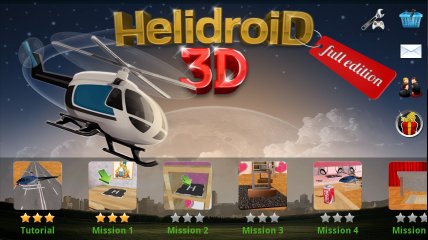 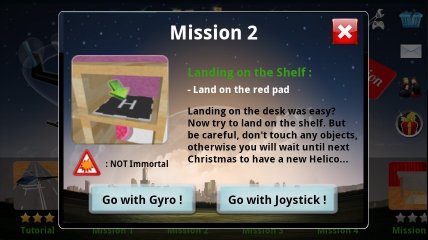 The controls to the game are very straightforward. You can use an screen joystick or use the gyro. There are no sensitivity setting so you will need a steady hand. No matter which you use, there is an onscreen bar to the left which will make the helicopter either land or take off.

The game has also been setup to use the Zeemote controller, a BlueTooth wireless controller.

The game has 1 tutorial and 30 missions for you to complete. Each mission has a different objectives, such as where to land, shoot things, fly through things, and etc. You won’t get bored.

You have to play the mission in some order. If you want to jump ahead you can only go about 3 missions (from where you are at) and you will need to have gotten at least 1 star in that last mission. For each mission you are graded on your results. You can earn up to 3 stars. 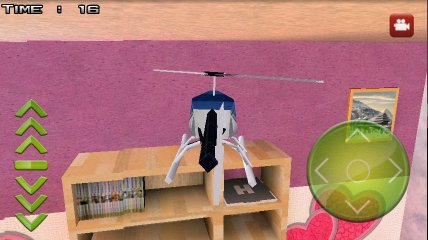 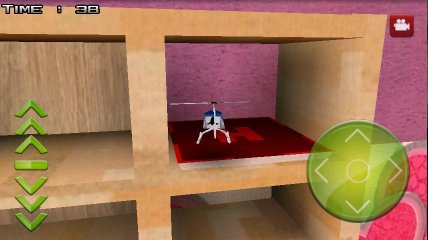 The graphics and musics in the game are well done. The thing that I like most about the game is that it is not easy. I have yet to get 3 stars in any mission. As I mentioned the controls are straightforward, but for me it is all about having a smoother touch and less jerky reaction. But it presents a challenge and I like challenges.

The game is free but ad supported. The developer uses Admob and ads are shown only during the loading of the game. You can remove the ads with a small in game purchase.

Another icon I noticed in the game was Giftiz. I was not familiar with it and asked the developer about it. “Giftiz is a new system which lets you earn gift when you accomplish some missions in diferrent games.”

I also asked the developer what was coming down the road. Well he is currently working on Helidroid 2, that will hopefully be released in December 2012. In this new game, you will be able to control 3 diferrents army helicopters and the goal is to kill the other AI controled helicopters.

Overall this is a great little app.It seems easy but will challenge you and let you see how good of a pilot you are. I look forward to doing better in the game and the new versions coming out later this year.