Crusaders of the Lost Idols is the award-winning game where you unlock new Crusaders, level them up, collect gear, and earn achievements as you progress through a fantasy universe. Kongregate will serve as the game’s publisher on mobile platforms.

Crusaders of the Lost Idols now available for iOS devices via the App Store and for Android devices on Google Play.

The game is current on Steam too: 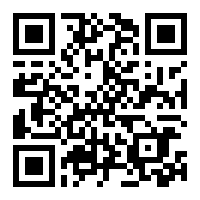 Kongregate is a leading mobile game publisher and web gaming portal. Kongregate’s mobile publishing focuses on free to play mid- and hard-core titles. Working closely with mobile game developers Kongregate provides consulting, analytics, marketing, launch support, and game features such as cross promotion, guilds, and chat. Kongregate’s mobile games have been downloaded over 50 million times and have hundreds of millions of gameplays. Kongregate’s web portal features over 100,000 free games played by millions of gamers each month. Kongregate is a wholly-owned subsidiary of GameStop Corporation and is based in San Francisco. The company was founded in 2006 by brother-and-sister team Jim and Emily Greer.

Codename Entertainment was founded in 2008 in Victoria, B.C. by David Whittaker and Justin Stocks. They started making games for Facebook and evolved into making games for platforms like Kongregate.com, ArmorGames, and Steam. In 2015, the company launched Crusaders of the Lost Idols.