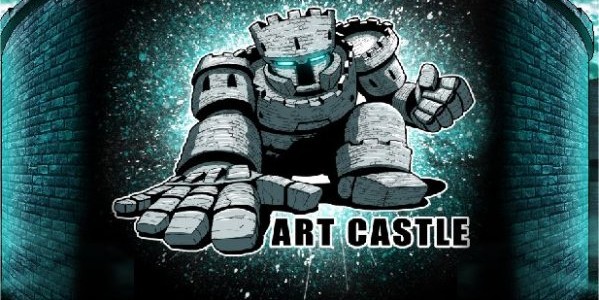 Yesterday I reviewed the fun CCG Trouble with Robots. It is an enjoyable, free game for both Android and iOS users. After trying to save the world from the invading robots, I reached out to the developer ArtCastle to learn a little more about the game and their company.

Q. First off thanks for the game I am really enjoying. Before I get into some business stuff, can you give me some more tips on moving deep into the game?

A. We have created the Easy Mode to be at a level that we think should be accessible to all players. If we are discussing tips, I would think they would apply to more advanced situations. That being said, here are some basic tips for new players in the early levels. 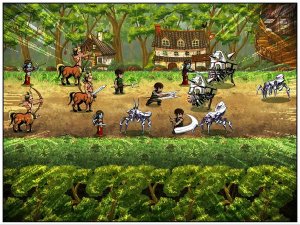 Q. What inspired you to make the game?

A. The initial idea and mechanics of the game came from Geoffrey White, and he had this vision of a game that merged fantasy and sci-fi themes. Ed Mandy was the developer that brought this to the mobile platforms doing most of the coding specific to iOS and Android.

Some mechanics were inspired by Castle Crashers, Magic: The Gathering, Plants vs Zombies, and a prototype game called “Live Cards” that Geoffrey had developed. It had the core idea of using collectible card gaming elements in real-time battles, using cards to summon an army and support them with spells. 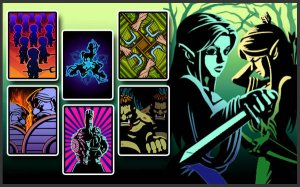 Q. Can you tell us a bit about your company?

Art Castle Ltd. is based in Hong Kong, but we like to think of ourselves as a global team. We have team members in places like England, USA, and Spain. We also have a good relationship with Play-Asia.com who publishes our titles.

Q. What games do you guys enjoy playing?

A. It should be obvious that we enjoy collectible card games like Magic: The Gathering and Pokemon: Trading Card Game.

Personally, I (Ed) have recently played Scrolls (by Mojang) on my computer. Generally, though, I am more drawn to retro gaming and enjoy classic handhelds like the Neo Geo Pocket Color. When playing with the family, it seems that we often gravitate toward the Gamecube.

Q. What does the future hold for you guys? Any new games coming out?

A. Besides Trouble With Robots, we have one other game available on iOS called 3Domino. As for the future, we also have another game in the works that will be a combination of mini-games all linked through a common themed story line. Right now, however, our main focus is on getting Trouble With Robots all the attention it deserves, so, as a reader, please share this article. We know that the vast majority of players love the game, so please recommend it to your gamer friends.

Q. In general, where do you see mobile gaming going in the next few years?

A. I would tend to say that mobile gaming and console / PC gaming will live well next to another. Mobile games are designed to facilitate a different game-pace. Mobile games are generally made to be interruptible. Short periods of gaming will always limit this genre to games that are less deep than console or PC games where gamers make time upfront to feed their gaming crave.

The future of mobile gaming is to hone in on these differences and make new experiences that can leverage the advantages of each to create a new type of cross-platform immersion. Imagine a game where you can play for short interruptible bursts while on your mobile platform and continue with your deep character/game development when you get home in front of your console.

–Thanks Ed for the time again and super fun game in Trouble with Robots. As always, I really enjoy touching base with developers to see how the mobile world is from their perspective and to get some insights on what the future holds.  Looking forward to seeing what Art Castle Ltd has for us in the near future.