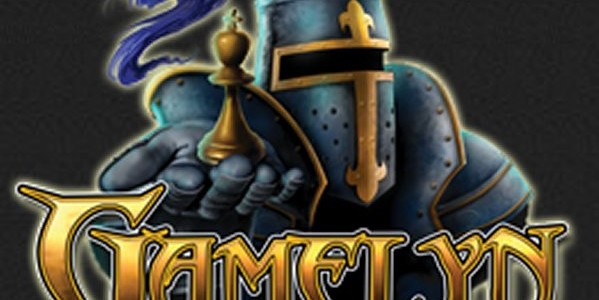 The other day I reviewed  Dungeon Heroes the Board Game by Michael Coe. The game is fun and another example of how a physical board game can be successfully ported to the mobile environment. While working on that review, I reached out to Michael to chat with him about the game, his company, and more. I hope you enjoy the interview.

Today I am joined by Michael Coe, the founder and publisher of Gamelyn Games. This is the first of a few interviews I have set up with board game publishers. Why boardgame publishers? Well as you know I love playing the digital version of board games so I wanted to learn more about what it takes and what the future holds for digital realm.

Q.  Thanks Michael for the time, can you tell us a little about your company and the games you produce?

A. Gamelyn Games is all about producing high impact board games, by that I mean, games that will impact your collection. There are a lot of games coming out these days and we want ours to stand out. We are dedicated to rich and innovative gameplay and extremely high production quality. Check out one of our games and you’ll see what I mean.

Q. What do you have going on Kickstarter now?

A. The smallest cooperative game I’ve ever seen, Tiny Epic Defenders! This is a brilliant design by Scott Almes of Tiny Epic Kingdoms. It introduces a very unique mechanic called an evolving turn deck, this has players shuffling their actions with the enemies’ actions and the deck grows each round. This deck evolution keeps the players on the edge of their seats but gives them just enough to start building their strategy. Players have to be tactical as well because each game’s turn deck is different!

(Editor note: Looks like a cool game, plan on backing this myself- Head over to Kickstarter to get it. Only a couple of days left)

Q.  A new term I have recently heard was “micro” board games. Can you give a brief definition of  it?

A. Small foot-print game. I imagine you ask this because I have been producing micro-games lately. Here’s the thing, my concern with current micro-games is that there is not enough “game” there. They seem to universally lack depth and solid game play. That doesn’t have to be the case.

Tiny Epic Kingdoms and Tiny Epic Defenders are both micro-games that deliver a large box experience. That fact that they have done so well on Kickstarter shows that there was a need for small “thinky” games in the market.

Q.  Cool, now lets move to mobile. When you created Dungeon Heroes did you know you were going to port it to mobile?

A. Before I began publishing games, I had an interest in the mobile gaming space. When I designed Dungeon Heroes I kept it a small form factor intentionally. I wasn’t sure when I would begin working in the mobile market but I made sure that Dungeon Heroes was translatable.

Q. Any particular reason why you choose this game and not one of your others? Any plans to port any of your other board games?

Absolutely! Tiny Epic Kingdoms is already in development and is scheduled for a Q4 release on iOS. Tiny Epic Defenders has begun its preliminary stages for development.

Q. Right now I have not played the physical board game yet…how do the two compare? Is the mobile very true to the physical game?

A. Classic Mode on mobile is exactly like the 2 player board game. Arcade Mode however, takes the solo version of the board game and adds to it a dungeon delving marathon of highest score tracking.

Q. What was the hardest thing you had to face when porting this game to iOS?

A. As the publisher and project manager, my challenges were to find the right team that could put a quality game together within my limited budget. I’m very pleased with the results.  🙂

Q. Where do you see mobile board gaming going in the next few years?

A. I see the market for mobile board gaming continuing to grow. It is a fun and convenient way to experience the great games you love when it is not board game night!

Q. Thanks for your time Mike, one final question.  What mobile games do you  like to play?

A. I play Carcassonne, Summoner War and Alien Frontiers on my iPad. All really great games.

Awesome interview. Definitely looking forward to seeing more games from Gamelyn Games in the near future. Guess I need to clean off some space on my iPad.