After a long day at work, I just want to do something mindless to help me relax. But many of the games in the app store are boring, unimaginative, and simply not special enough for me to spend time playing. Angry Baba, though, is where things get exciting.

Angry Baba is a free app (in-app purchases) that’s available on Apple and Google Play. The 3D game graphics are fun to watch, and the idea of the game is creative and unique.

Embarrassingly, it took me a few minutes to get the hang of the game, but I eventually figured it out. The coordination required is very similar to the coordination needed in baseball; in Angry Baba, the meteor flies towards the barbarian, and you have to decide the precise moment for him to swing at it and the precise angle at which he should swing. Although I’m a former softball player and a big baseball fan, there’s definitely a learning curve with Angry Baba, and my barbarian character swung and missed many times at first!

As the game begins, you know the meteor is coming. You hold down your finger and the barbarian begins grunting, pulling his arm back for the home run swing. As you see the meteor coming in, it’s better to angle the barbarian’s swing so that he hits it up high, hitting the pelicans carrying the rubies (killing two birds with one stone, you might say). The game is easy to pause if you need to take a break and return in a moment.

When you first open the app, it takes a minute to load. Several different screens with artwork pop up before you get to the main menu. Advertisements do pop up fairly often as you’re in between levels, but they’re clearly marked as ads. After a five second countdown, you can close them and return to playing the game.

Angry Baba is a great way to unwind after a long day—after all, what better way to relax than hitting things? Download Angry Baba today and experience the stress relief for yourself. 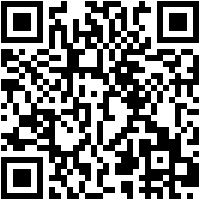 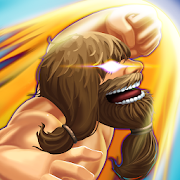 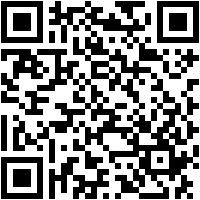 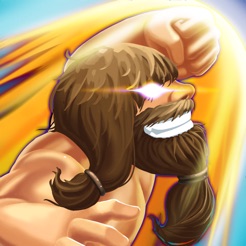