Deep Silver FISHLABS has recently released the biggest content update to date for Galaxy on Fire™ – Alliances on the App Store. On specifically designed battle servers, bellicosity, diplomacy and tactical refinement will now play an even bigger role than ever before.

One of the most striking characteristics of the Warzone mode is the specific design of the respective star maps, which are more compact than the regular maps and hold no more than 1,000 players each. Starting in one of 12 outer spawn clusters, these particularly dauntless players lay claim to the “Inner Realm” of the map, which hosts the most valuable planets and citadels. Naturally, this is also the place where the most hard-fought battles take place and where we might even find the one alliance that is strong enough to dominate an entire server all on their own — an undertaking that is easier said than done. Because the Warzone servers do not only harbor some of the most ambitious human players in the GOFA universe, but also a huge number of fierce NPCs guarding the most valuable planets and citadels to the last man standing. Galaxy on Fire™ – Alliances is available on the App Store for free. Players, who have already installed the app before, have to update their client in order to get access to the new feature. The game requires iPhone 4S (or newer), iPad 2 (or newer), iPad mini or iPod touch 5G. While the mid- to hardcore strategy MMO is currently available as an iOS exclusive, it has already soft-launched in selected territories on Google Play. The worldwide launch of Galaxy on Fire™ – Alliances on Android will take place very soon. 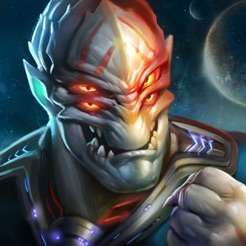