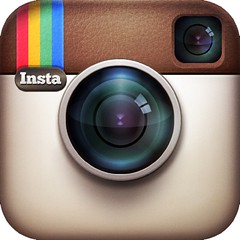 Instagram has moved from being popular with a small, cult-like iPhone fanbase, to becoming a media buzzword despite the fact that many people have no idea what the application does. Much of its recent popularity has to do with the fact that it released an Android app, which massively increased its userbase and brought media attention. This move was quickly followed by the company, with its staff of 13, being gobbled up by Facebook for a billion dollars.

Instagram provides a service that people love, inexplicably, some critics would say. The fact is that its features have been around for a long time and are offered by a variety of other apps.

Those who would rather not hop on the Instagram bandwagon, or who have already tried it and want something else, have a number of options in the websites below which offer all or some of the features above.

This ironically-named app makes pictures look like postcards, allowing users to crop their pictures, apply postcard-like effects and also to geo-tag their pictures. The app is available for both the iPhone and Android devices.

This app is a photo editor for a smartphone and is not really a community, though the pictures that are edited with it may be shared with any social app, including Instagram and the other networks on this list. As a photo-editing app, however, Pixlr-o-matic shines. Users can take a picture with their iPhone or Android device, or choose from among the ones they have stored, and apply any one of Pixlr-o-matic’s long list of frames, effects and filters.

The strong-points of Lightbox are that it is an excellent photo-editing and sharing app with a strong userbase that allows users share pictures using all the major social networks, Instagram included. Users can geo-tag their pictures and get a URL at Lightbox.com that they can share. Currently, the Lightbox app is only available on Android devices.

Like Twitter, Streamzoo employs the use of hashtags, so that users can tag their pictures, in addition to applying filters and effects. Those who prefer to surf through the pictures of other users in Streamzoo’s community can use the hashtags to do so. The Streamzoo community also rewards users with badges and points and is described as a “photo social game” on its website. Unlike other apps, Streamzoo also allows its users up to upload videos as well as photos. The app is available for both iPhone and Android users.

As with Pixlr-o-matic, this app is less about the community and more about the photo-editing. Users can apply a variety of frames, textures and effects to their photos and then share them via a social network account. Users do not get filters, but can save any effect they like as their own personal filter. Snapster is only available on the iPhone.

About the Author: Melissa is a writer and tech blogger and interested in various technology and internet trends. Currently working as executive editor of  Mobile Shop and trying to introduce her audience to the latest trends in technology industry.